Why Active Listening is Important in Developing a Growth Mindset

What do you struggle with as a new, introverted coach? (choose all that apply)

There have been several people in my life who have greatly influenced who I am today.  Whether that influence came from what I felt they did admirably or what they did that I didn’t want to emulate doesn’t matter.  What does matter is that somewhere along the line, I like most of us, I adapted my behavior to what resonated with me.

One such behavior I cultivated over the years is the art of active listening.  My grandfather had the largest influence on me in this arena, and not because we had discussions about how to listen.  Instead, our conversations over the years were colored with him giving me his full attention no matter how boring the subject was, asking questions and expressing interest giving me absolutely no doubt he heard every word I said.

Today, I can proudly say that the first word that jumps to most people’s minds when asked to describe me is “listener”.  It feels like a badge of honor, an accomplishment I am very happy about.  The purpose of my post is to explain why active listening is an artform that can be nurtured into existence and how it is exceptionally important in your personal growth.

What is Active Listening?

Let me start by telling you exactly what active listening is not.

I once had a friend who would ask me a deeply personal question and then not listen to a word I said.  In the midst of feeling grateful someone cared enough to ask me, I would pour my heart out only to realize she was busy texting people while I was talking.  She always insisted she was listening and could do multiple things at once because she was an amazing multitasker.

What I felt while she did this was hurt and that I was not good enough for someone to give me their full attention.  I was not asking for her to unequivocally focus every time we spoke, I simply wanted to know she heard me.  Instead I received “uh-huhs” and “hmmms” thrown in at seemingly important places and when I said something that did penetrate her concentration while texting, she would ask me to repeat what I just said.

Eventually, I just gave up opening up to her and would instead change the subject or give a very shallow answer.  Not surprisingly, we drifted apart and she is no longer a part of my life.

I was going to give you a list of what active listening looks like, but I think my point will hit home better if I instead give you what it doesn’t.  My hope is you find something that you can recognize in yourself and it will help you on your personal growth journey.

As I just explained, multitasking while someone is speaking to you is not only rude, it is the exact opposite of active listening.  I am not asking you to always stop what you are doing to focus on another person, sometimes you will need to set a time later so you are able to give your full attention (and this is absolutely perfectly acceptable to do). As humans, we all have a need to be seen, heard and understood.  Think of the people in your life.  Has there been a time when just the simple act of stopping what you are doing for 5 minutes and giving them your full attention would have made a difference?  Of course there is.  How often do you think that by picking up your phone while your daughter is telling you about her day or checking your email while your spouse is trying to tell you something has caused unintentional hurt?

You may think you are a pro at doing multiple things at once, but a recent study showed only 2.5% of people can actually multitask efficiently.  That leaves most of the rest of us thinking we can do something we can’t.  Multitasking divides our attention, not allowing us to fully focus on more than one thing at a time.  So think about how it affects your relationships if you are doing multiple things at once when someone is trying to talk to you.

Trying to Fix Someone

Let’s say you are in the middle of an emotional conversation about something that happened to you today at work and the entire time your spouse is spouting off ideas on how to make it better.  You can barely finish a sentence before the solution leaves their lips, effectively (in their mind), shutting down the problem swiftly and effectively.  Now that’s done with, they think, we can move on to talking about something else.

Have you had this happen to you before?  It’s another way of not feeling heard.  Sometimes, we just want someone to listen and not offer any opinions.  When someone truly hears you, it’s the equivalent of a warm hug.  You feel less alone knowing you can safely throw your feelings out there and the recipient simply holds space to allow you to feel.  There are no expectations of finding a solution and is extremely cathartic to release the stuck emotional energy that is weighing you down.

Thinking About What You are Going to Say Next

Effective listening is more than simply avoiding the bad habit of interrupting others while they are speaking or finishing their sentences. It’s being content to listen to the entire thought of someone rather than waiting impatiently for your chance to respond.

I was in college when Don’t Sweat the Small Stuff came out.  Excitedly, I devoured that book in a day, and bought copies of it for my family as Christmas gifts.  For me, the bite-sized tips were revolutionary and altered my life for the better.

One chapter in particular still sticks with me, 23 years later, and it is the one about listening.  Richard spoke about making yourself intentionally pause after someone is done speaking so you don’t cut them off and so you hear every word they say.  All too often, our conversations (at least for me) feel like a physical activity which each participant is trying to get their own point across.  These kinds of discussions leave me feeling exhausted.  Instead of actually hearing what the other person is saying, we launch immediately into a rebuttal in our head.  We miss a lot of what they say because we are too busy formulating our response.

Therefore, it is no surprise that our conversations that look like this often end in both parties not feeling heard or understood.

There are two types of mindsets: Growth and Fixed.  They are exactly what they sound like, growth promoting personal development and fixed closed off and non-budging.  Because a growth mindset is the one we strive for to better ourselves, it makes sense to cultivate a practice that will open our minds up to new perspectives.

Active listening will do just that.  Allowing yourself to hear what others are saying instead of immediately launching into your own set opinions and ways of thinking will speed up your own growth.  It will improve your relationships, your personal life and your professional life.  Active listening is a gateway to the path back to yourself and essential to remembering who you really are.  Because, you see, active listening is not just for other people.  It is also for yourself.

Related Reading: How to Change Your Mindset to Get What You Want 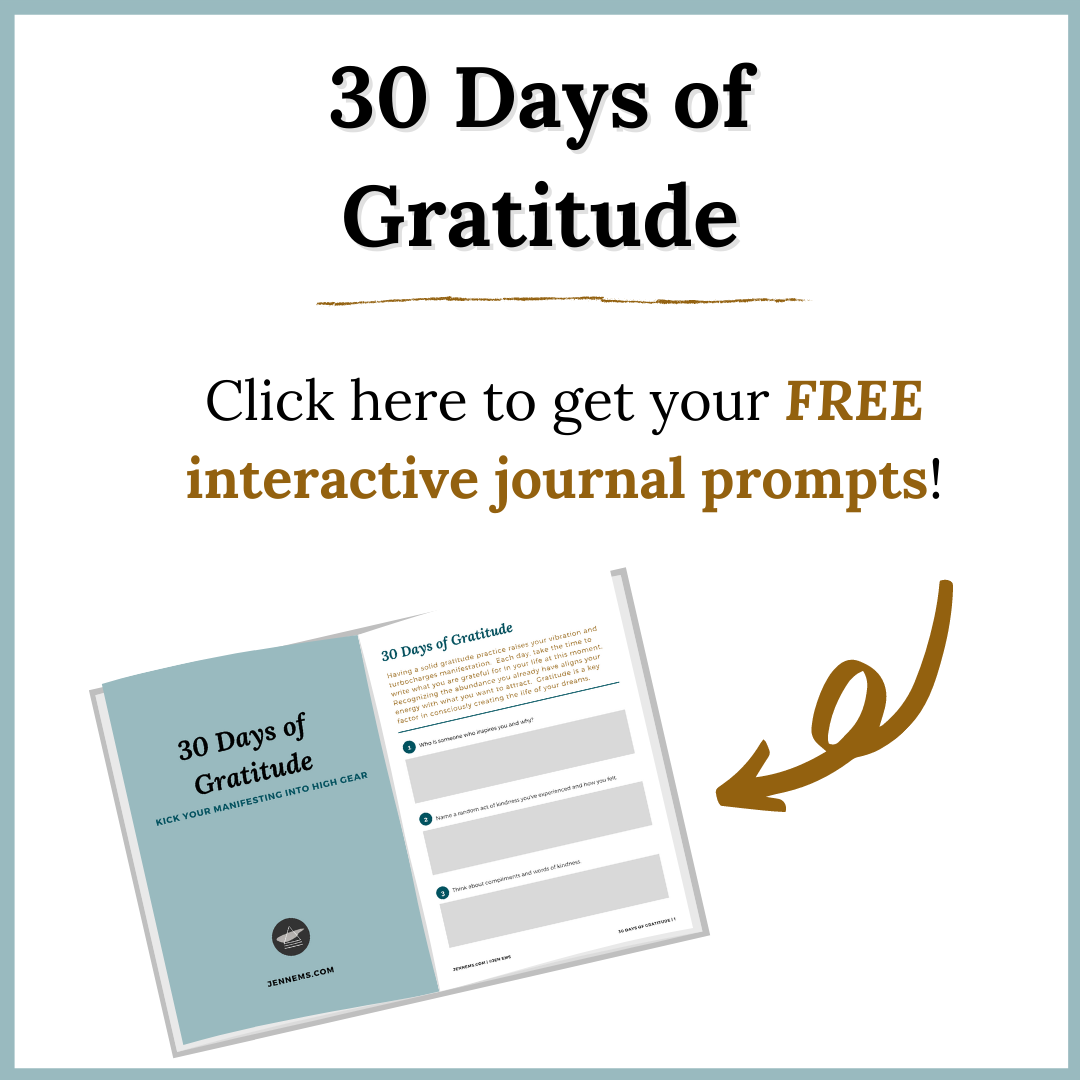 Actively Listening to Your Soul

The key to living a life aligned with your purpose is to first know who you are.  Most of us have lived in a way that conforms to the expectations of others, leaving little room for true self-expression.  What we don’t realize is that our true self constantly speaks to us, we just can’t (or won’t) hear it.

Your authentic self speaks to you softly and you have to learn how to distinguish that voice from the louder ego voice.  Practicing active listening is the best way to do this and because it promotes a growth mindset which opens you up to experience a paradigm shift in the way you view your world.  However, when you are too busy multitasking or trying to force a solution, you can’t hear what you truly desire.

Related Reading: How to Make Friends with Your Ego

How to Practice Active Listening

The good thing is active listening can be developed with practice.  The benefits far outweigh the effort and I guarantee it will change your life.  I will leave you with some tips on how to start practicing today so you can see the benefits tomorrow.

When you are listening to yourself or another, allow any judgmental commentary to slide by.  Focus only on what is being said without interjecting your opinion on the matter.

As I mentioned above, refrain from formulating your comeback argument while the other person (or your authentic self) is speaking.  Give the space for them to finish the thought before you speak.

This means creating space to hear what is being said.  If you can’t do it right now, let the other person know when you can give them your full and undivided attention (and then make sure you do).

Clarify what you are hearing.  Ask follow-up questions so you can understand what is being said.  Don’t insert your own assumptions.

Lean in when they do and maintain eye contact.  Following their lead subconsciously gives the other person the knowledge that you hear them and are giving your undivided attention.

Use “what I am hearing is…” often.  This allows the other person to clarify any misunderstandings and again, shows them you are taking what they are saying seriously.

Everybody just wants to be heard. Validate them. ‘I see you. I hear you. And what you say matters to me.

As humans, we crave connection.  Showing another person that they are important enough for you to take the time to listen is one of the greatest acts of human kindness, in my opinion.  The same goes for actively listening to yourself and cultivating a relationship with the true essence of your soul.  By practicing your skills, you have the opportunity to do what you came here in this lifetime to do because you have removed all conforming filters that cover up who you really are.  Aren’t you ready to finally live a life aligned with your purpose?

Proud introvert, intuitive entrepreneur, and spiritual activist. On a mission to embolden my fellow introverts to quietly change the world.

Get instant access to the tools you need to build confidence and courage so you can live a purpose aligned life.

Staying consistent with stories doesn’t have to

Know how to create amazing reels!

Create a Plan Without the Overwhelm!

Try this to increase your story views! How will y

Do you have an Instagram strategy for your busines

Any cookies that may not be particularly necessary for the website to function and is used specifically to collect user personal data via analytics, ads, other embedded contents are termed as non-necessary cookies. It is mandatory to procure user consent prior to running these cookies on your website.